Happiness Is a Worn Gun

My concealed weapon and me (read more) 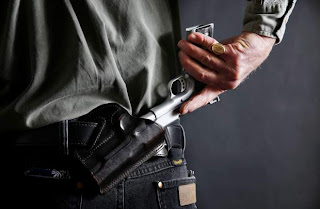 Having carried a gun full-time for several months now, I can attest that there’s no way to lapse into Condition White when armed. Moving through a cocktail party with a gun holstered snug against my ribs makes me feel like James Bond—I know something you don’t know!—but it’s socially and physically unpleasant. I have to remember to keep adjusting the drape of my jacket so as not to expose myself, and make sure to get the arms-inside position when hugging a friend so that the hard lump on my hip or under my arm doesn’t give itself away. In some settings my gun feels as big as a toaster oven, and I find myself tense with the expectation of being discovered. What’s more, if there’s a truly comfortable way to carry a gun, I haven’t found it. The revolver’s weight and pressure keep me constantly aware of how quickly and utterly my world could change. Gun carriers tell me that’s exactly the point: at any moment, violence could change anybody’s world. Those who carry guns are the ones prepared to make the change come out in their favor.
- January 31, 2013 No comments:

As GOP politicians and pundits pile on Romney in defeat, they often argue that he was done in by not being severely conservative enough; if only he’d let Ryan be Ryan, voters would have been won over by right-wing orthodoxy offering a clear-cut alternative to Obama’s alleged socialism. In truth, Romney was a perfect embodiment of the current GOP. As much as the Republican Party is a radical party, and a nearly all-white party, it has also become the Fantasyland Party. It’s an isolated and gated community impervious to any intrusions of reality from the “real America” it solipsistically claims to represent. This year’s instantly famous declaration by the Romney pollster Neil Newhouse that “we’re not going to let our campaign be dictated by fact-checkers” crystallized the mantra of the entire GOP. The Republican faithful at strata both low and high, from Rush’s dittoheads to the think-tank-affiliated intellectuals, have long since stopped acknowledging any empirical evidence that disputes their insular worldview, no matter how grounded that evidence might be in (God forbid) science or any other verifiable reality, like, say, census reports or elementary mathematics. No wonder Romney shunned the word Harvard, which awarded him two degrees, even more assiduously than he did Mormon.

Denial has poisoned the GOP and threatens the rest of the country too. Read more by Frank Rich

Political Racism in the Age of Obama


But while that cross-racial and ethnic coalition figured significantly in Mr. Obama’s re-election last week, it has frayed over time — and may in fact have been weaker than we imagined to begin with. For close to the surface lies a political racism that harks back 150 years to the time of Reconstruction, when African-Americans won citizenship rights. Black men also won the right to vote and contested for power where they had previously been enslaved.
How is this so? The “birther” challenge, which galvanized so many Republican voters, expresses a deep unease with black claims to political inclusion and leadership that can be traced as far back as the 1860s. Then, white Southerners (and a fair share of white Northerners) questioned the legitimacy of black suffrage, viciously lampooned the behavior of new black officeholders and mobilized to murder and drive off local black leaders. (read more  By STEVEN HAHN) 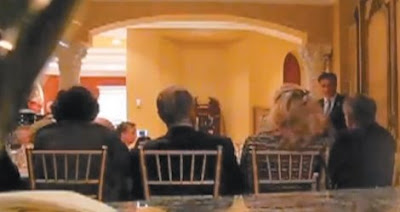 Though Romney, like every Republican contender since Nixon, is counting on white nationalism—even if this isn’t what courting the blue-collar white ethnic vote has been called—it won’t work for him anymore either. The Republican Party cannot revive the old atmosphere of the Solid South, and postmodern Yellow Peril hasn’t brought greater cohesiveness of US citizenry. Romney warned his frustrated Florida dinner companions that undecided voters like the president; Republicans were allowed to talk freely in their own company, but had to be careful how they spoke of Obama before independents. White nationalism is seen as retro and is distasteful, especially to white students.
- October 30, 2012 No comments: 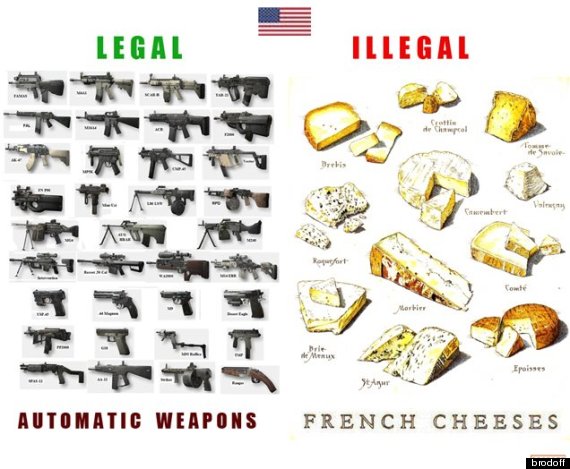 Republican rhetoric over the top

Not all overheated political rhetoric is alike. Delusional right-wing crazy talk — the kind of ranting we’ve heard recently from washed-up rock star Ted Nugent and Tea Party-backed Rep. Allen West (R-Fla.) — is a special kind of poison that cannot be safely ignored.Let me be clear: I’m saying that the extreme language we hear from the far right is qualitatively different from the extreme language we hear from the far left — and far more damaging to the ties that bind us as a nation. Tut-tutting that both sides should tone it down is meaningless. For all intents and purposes, one side is the problem. (...)

The Crisis of Zionism