A self-described conservative who brought "Freedom Fries" to Congress, Jones developed into one of the most vocal Republican critics of the Bush administration. He took particular umbrage at the handling of the Iraq War and the decision to prohibit photographs of returning coffins of American soldiers. Late in the past administration's time in office he was reported to have been reading Vincent Bugliosi's book, "The Prosecution of George W. Bush for Murder." 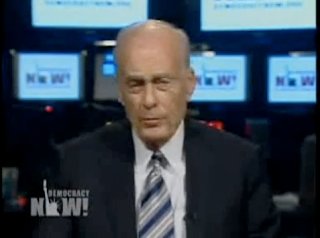 Jeff Madrick's The Case for Big Government arrives when one might imagine that Wall Street has made the case quite persuasively on its own. By mid-February, the Federal Reserve's once-gargantuan $29 billion rescue of Bear Stearns had been dwarfed not just by the government's hotly debated $700 billion "bailout bill" last fall, or even President Obama's nearly $800 billion stimulus package, but far more stunningly by the $7.6 trillion the Fed and Treasury had by the beginning of 2009 already pledged to contain the ever-widening collapse of the economy, and the additional sum of up to $2 trillion that the new administration said it would raise from public and private sources to rescue banks. Governments from London to Beijing have meanwhile rushed to provide vast sums to their own capital markets.

These figures are mind-numbing to voters—and to sophisticated investors and economists as well, and for good reason: fifty years ago the United States spent what in today's dollars would amount to only $115 billion on the Marshall Plan to reconstruct all of Western Europe; the 1980s savings and loans bailout—at the time the largest financial rescue operation since the Great Depression—cost taxpayers a mere $130 billion. But while bailing out the financial system should urgently concern us, Madrick argues, what is fundamentally needed is a different conception of the role of government.

In the midst of this crisis, one can make cases for three very different kinds of "big government." The first is the rescue of Wall Street, an immediate but temporary intervention, already in play; the second is for government to act as a general contractor in the economy's reconstruction—the medium-term investment in infrastructure, from roads to schools, that Obama is now unveiling in his "recovery plan." But the third possibility, which is the central concern of Madrick's book, has not yet been the subject of serious public debate: to use government as long-term guarantor of America's (and indirectly the world's) economic stability, as provider of widespread opportunity, and as partner with the private sector in restoring long-term stable growth. Madrick, in a nuanced and wide-ranging fashion, makes the case for that third approach.