The caging of America 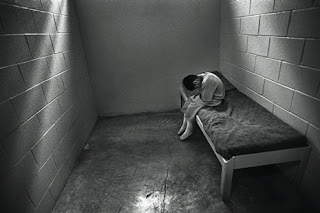 Over all, there are now more people under “correctional supervision” in America—more than six million—than were in the Gulag Archipelago under Stalin at its height. That city of the confined and the controlled, Lockuptown, is now the second largest in the United States.


Why do we lock up so many people? by Adam Gopnik Read more

1 - THAT, when the Palestine Problem was created by Britain in 1917, more than 90% of the population of Palestine were Arabs, and that there were at that time no more than 56,000 Jews in Palestine?
2 - THAT, more than half of the Jews living in Palestine at that time were recent immigrants, who had come to Palestine in the preceding decades in order to escape persecution in Europe?... And that less than 5% of the population of Palestine were native Palestinian Jews?
3 - THAT, the Arabs of Palestine at that time owned 97.5% of the land, while Jews (native Palestinians and recent immigrants together) owned only 2.5% of the land?
4 - THAT, during the thirty years of British occupation and rule, the Zionists were able to purchase only 3.5% of the land of Palestine, in spite of the encouragement of the British Government?... And that much of this land was transferred to Zionist bodies by the British Government directly, and was not sold by Arab owners?
5 - THAT, therefore, when British passed the Palestine Problem to the United Nations in 1947, Zionists owned no more than 6% of the total land area of Palestine? ... Read more
- February 06, 2012 No comments: