How many Muslims has the U.S. killed in the past 30 years? 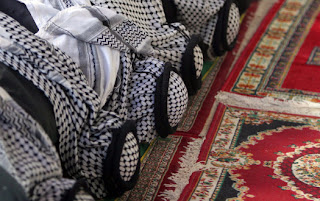 Tom Friedman had an especially fatuous column in Sunday's New York Times, which is saying something given his well-established capacity for smug self-assurance. According to Friedman, the big challenge we face in the Arab and Islamic world is "the Narrative" -- his patronizing term for Muslim views about America's supposedly negative role in the region. If Muslims weren't so irrational, he thinks, they would recognize that "U.S. foreign policy has been largely dedicated to rescuing Muslims or trying to help free them from tyranny." He concedes that we made a few mistakes here and there (such as at Abu Ghraib), but the real problem is all those anti-American fairy tales that Muslims tell each other to avoid taking responsibility for their own actions.

I heard a different take on this subject at a recent conference on U.S. relations with the Islamic world. In addition to hearing a diverse set of views from different Islamic countries, one of the other participants (a prominent English journalist) put it quite simply. "If the United States wants to improve its image in the Islamic world," he said, "it should stop killing Muslims."
Now I don't think the issue is quite that simple, but the comment got me thinking: How many Muslims has the United States killed in the past thirty years, and how many Americans have been killed by Muslims? Coming up with a precise answer to this question is probably impossible, but it is also not necessary, because the rough numbers are so clearly lopsided.
Here's my back-of-the-envelope analysis, based on estimates deliberately chosen to favor the United States. Specifically, I have taken the low estimates of Muslim fatalities, along with much more reliable figures for U.S. deaths.
- March 11, 2012 No comments: