It's over — we're officially, royally fucked. No empire can survive being rendered a permanent laughingstock, which is what happened as of a few weeks ago, when the buffoons who have been running things in this country finally went one step too far. It happened when Treasury Secretary Timothy Geithner was forced to admit that he was once again going to have to stuff billions of taxpayer dollars into a dying insurance giant called AIG, itself a profound symbol of our national decline — a corporation that got rich insuring the concrete and steel of American industry in the country's heyday, only to destroy itself chasing phantom fortunes at the Wall Street card tables, like a dissolute nobleman gambling away the family estate in the waning days of the British Empire. 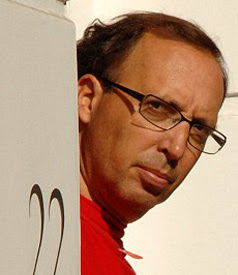 The latest bailout came as AIG admitted to having just posted the largest quarterly loss in American corporate history — some $61.7 billion. In the final three months of last year, the company lost more than $27 million every hour. That's $465,000 a minute, a yearly income for a median American household every six seconds, roughly $7,750 a second. And all this happened at the end of eight straight years that America devoted to frantically chasing the shadow of a terrorist threat to no avail, eight years spent stopping every citizen at every airport to search every purse, bag, crotch and briefcase for juice boxes and explosive tubes of toothpaste. Yet in the end, our government had no mechanism for searching the balance sheets of companies that held life-or-death power over our society and was unable to spot holes in the national economy the size of Libya (whose entire GDP last year was smaller than AIG's 2008 losses).

So it's time to admit it: We're fools, protagonists in a kind of gruesome comedy about the marriage of greed and stupidity. And the worst part about it is that we're still in denial — we still think this is some kind of unfortunate accident, not something that was created by the group of psychopaths on Wall Street whom we allowed to gang-rape the American Dream. When Geithner announced the new $30 billion bailout, the party line was that poor AIG was just a victim of a lot of shitty luck — bad year for business, you know, what with the financial crisis and all. Edward Liddy, the company's CEO, actually compared it to catching a cold: "The marketplace is a pretty crummy place to be right now," he said. "When the world catches pneumonia, we get it too." In a pathetic attempt at name-dropping, he even whined that AIG was being "consumed by the same issues that are driving house prices down and 401K statements down and Warren Buffet's investment portfolio down."