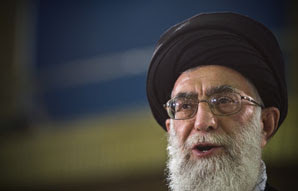 The Republicans are faulting President Obama for not taking a "strong enough stand" in support of the freedom marchers in Iran. Yet if the Republican/Religious Right/Neoconservative agenda had come to full fruition over the last 35 years the Republicans would have plunged America into our own version of the misbegotten theocracy destroying Iran today. I know. As a former Religious Right leader I worked to make America "safe" for "Christian values" and dangerous to everyone else. Thankfully I, and those like me, failed.

Had we succeeded America would be another version of Iran. Instead of people like James Dobson and Pat Robertson having become marginalized they'd be sitting in Washington advising whomever was the next Republican president. Instead of environmental protection and new mileage standards for cars there would be new anti-gay laws on the books.

Has the concept of free speech and freedom of press already failed? It seems there are two american people who live in separate countries who never meet, watch different shows and have differents information. Conservatives are so self-rightgeous and their media are so eager for rating that they keep servingee the thickest propaganda just using the same silly tricks the communist used by the late USSR 50 years ago.